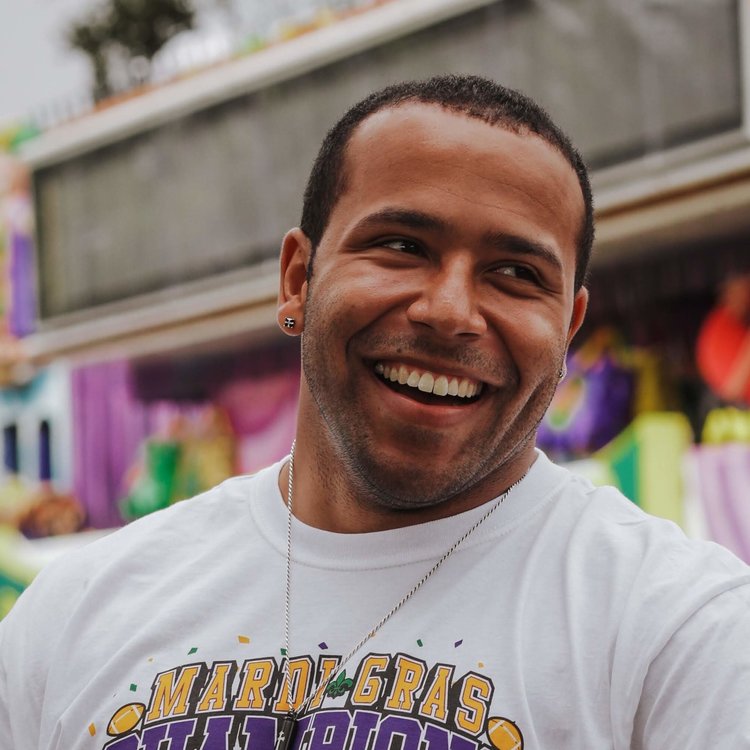 Dominique Lewis, better known as "Dom", has always had a love for movement. Playing around in the grass and on concrete, he steadily taught himself how to tumble. What began as child's play would soon become a passion of his. When he was 16 years old, Dom ventured into a gymnastics gym, and knew that he was finally at home. His talent and natural ability wowed coaches, and he was soon offered a position as a gymnastics and tumbling coach in his home state of Michigan.

Dom attended Northwood University, where he finished with a bachelor's degree in International Business Administration and Management, but he never abandoned his passion for tumbling and tricking. While experimenting in the gym one day, Dom executed a back handspring from a seated position with a layout series ending in a double full. This new accomplishment was recorded, and he decided to share it on Instagram for fun, before returning to life as usual- or so he thought. Dom had no clue that his life was about to change completely. The video went viral, and so did Dom's infectious energy and passion. Due to this special video, he was finally able to share his love of movement in tumbling, gymnastics, and tricking with the people all over the world.

Dom's story is just beginning. To date, he has been featured on some of the biggest media outlets: Fox Sports, The LAD Bible, People are Awesome, Bleacher Report, Sportscenter, Barstool, NBC Sports, and Worldstar HipHop. He has also had the opportunity to represent the United States as a judge at Red Bull Kick It in Seoul, South Korea.

Dom's journey through life has been anything but conventional. He captivates the hearts of every one he meets with his explosive power and innovative style. He has proven to the world that anything is possible, and his fans are inspired by the way that he encourages them to unlock their fullest potential and to progress in all aspects of life.